If you drive through LA you’ll encounter impressive neon signs, like the Angel City Brewery sign in the Los Angeles Art District (created by Dave’s Signs). But did you know the art of making these signs goes back over 100 years? Let’s travel back in time to check out the history of neon lights and discover why they are still an important part of business advertising today. Many people believe neon signage began in the early 20th Century with Georges Claude but, in reality, illuminated tubes of glass were first introduced in the mid 19th Century. It started when a glass blower from Germany named Heinrich Geissler began experimenting with mercury filled glass tubes. Geissler used electrodes to ignite an electric charge and the tubes began to glow. They produced soft yellow light which was not stable enough to create a constant lighting effect. Yet, this experimentation set the stage for some of the stunning modern neon signs you see in Los Angeles today.

Just before the turn of the 20th Century an important discovery was made by Sir William Ramsay, a chemist from Britain. Ramsey identified and isolated the 6 noble gases (neon included), creating a new class of elements. This discovery was so important that Ramsay was awarded the Chemistry Nobel Prize.

A chemist from France named Georges Claude experimented with the Geissler method of charging glass tubes with combustible material. Within a decade he was selling neon lamps for advertising.

In 1923, a Los Angeles Packard dealership purchased two large neon signs for 24 thousand dollars. By the time the Interstate Highway system became popular in the late 50s, neon was everywhere, including the bright lights of Las Vegas, and the love affair with neon continues to this day. 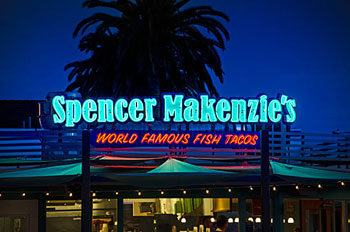 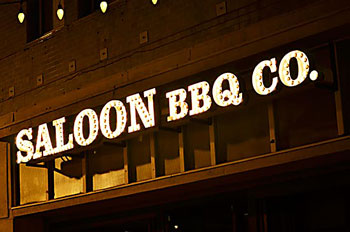